January 13th has been a pretty special date for me over the last few years. Today it is exactly four years to the day since Small Blue Thing was published, and three years since Scattering Like Light hit the shops and completed the trilogy. It’s also exactly five years since I met Kate Wilson for the first time. Kate is the owner of Nosy Crow, the company which publishes my books. But when we met that day she hadn’t got a company – she had just left another senior publishing job and had offered to look at my manuscript as a favour.

I wasn’t expecting much – I was hoping that she might tell me that it wasn’t rubbish, and maybe introduce me to an agent or two. That would have been brilliant. But what I got was so much more. Kate loved the book so much that she made me an offer on the spot for my book to be the first publication  for a company she was thinking about setting up – Nosy Crow.

I was expecting none of that, having only written the book as a birthday present for my daughter. I’d started it the previous February as an experiment, and had only just managed to get it ready for my deadline of September. I had two copies printed and bound and I gave them to Ellie, expecting that to be it. But then everything snowballed and I ended up talking to Kate, and well – here we are. Before I knew it we had translated copies, websites and videos, and fan mail arriving from all over the world. At the same time, Nosy Crow has grown into a hugely respected force in publishing.

So what about January 13th 2015? My new book, The Beneath, it due out in a few sort weeks, and I’m starting to plan the guest blog posts, the school visits and all the other exciting things which come with publishing a new book. I can’t wait! 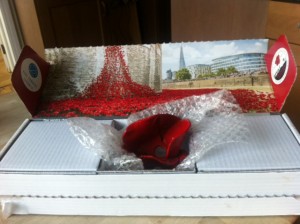 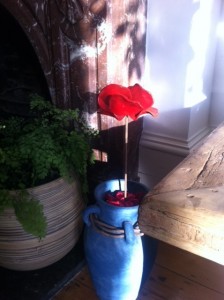 So Christmas has been and gone, and New Year’s Eve is still a few days away. A lot of people aren’t at work, and no-one is in school. It’s that period of time which – back in early December – you think ‘I’ll have so much spare time. I’ll learn to play the guitar, or read Pride & Prejudice, or do all my revision for my mocks’ and then, when the time comes around you end up sleeping until the afternoon and watching too many bad films on the TV. And then before you know it, it’s New Year’s Eve and the holiday is all but over.  On my list this year are clearing my home office so I can find things, do my tax return and clear the clutter from the corner of my bedroom which I’ve been ignoring for about three years. And that’s before I do the major edit on the first draft of the work in progress and the promotion for the new book. The time is already slipping away.

In my family (and I have no idea why), we call this ‘The squidgy bit in the middle’ or ‘the squidgy bit’ for short. Every year we make a list of things we want to do, and every year, very few of them actually happen. But one thing we are quite good at is meeting up with friends during this time. We can see people every night as no-one has work in the morning and we catch up. We go on long dog walks and have pub lunches and we talk.

Yesterday I met up with one of my oldest friends – someone I was at university with. That’s him with me below. He lives in Inverness now, so I hardly ever see him, but he was flying home and had several hours to spare at Heathrow. So we arranged to meet and have lunch and catch up on some of the things which have happened over the years since we last met.

So, I might not get all the things on my list finished this squidgy bit, but I will have seen some old friends, and that’s what’s more important, I think. 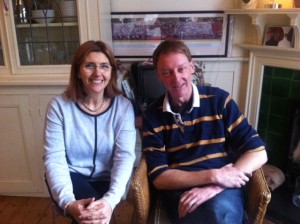 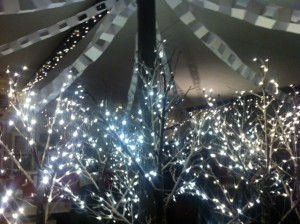 On Monday I went to the Nosy Crow Christmas Party. Nosy Crow is the company which publishes my books, and the parties are always great fun. They know how to make a room sparkle!

The company has grown from a tiny idea to the 16th largest children’s publisher in the country in just 5 years, and has won dozens of awards along the way. The annual party is a fabulous way for those of us who don’t actually work in their office to get together and catch up. Writing can be a solitary business – we sit alone with our laptops , sometimes for months on end, so it’s really lovely to speak to people who are going through the same thing as you. We all have our moments of doubt (Is this book rubbish? Will anyone ever want to read it? That sort of thing), and it’s great to know you are not alone.

It’s also an opportunity to meet other people who are involved in the production of the book. We see our editors quite a lot, but rarely see people like the proofreaders, typesetters and sales team. Even the guy from the printing company was there! It really is a team effort making a book, and it was brilliant to celebrate with all that team together. 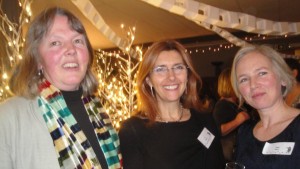 This is me (in the middle) with two of the other fabulous Nosy authors, Fleur Hitchcock and Helen Peters. (Picture from John McLay)